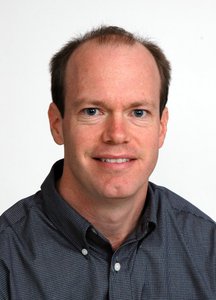 The primary goal of particle physics - understanding the laws of physics at progressively shorter distance scales - is complicated by the fact that essentially all experimental probes of short distance physics are complex multi-scale processes. For example, quarks and gluons produced in short-distance (\(r<10^{-18}\) m) processes being probed at the LHC show up experimentally as complex, strongly- interacting jets of hadrons, because at much larger distances of order \(10^{-15}\) m, the strong interactions (QCD) bind them into complex bound states. Relating the measured properties of jets to those of the initial quarks and gluons is a highly nontrivial problem involving both perturbative (hard scattering and parton showering) and nonperturbative (hadronization) physics over several decades of energies.

Because of this, our ability to interpret experiments depends on our ability to factorize the physics at different distance scales in the relevant processes. “Factorization” here refers to the theoretical separation of physics at different distance scales, allowing physics at each scale to be treated separately: some of these pieces can be calculated analytically, some numerically, some extracted from experiment, and some modelled. A familiar example in collider physics is the factorization of high energy hadron collisions into parton distribution functions (long-distance physics) describing the distribution of quarks and gluons inside a proton, and parton scattering cross sections (short-distance physics), describing the short-distance scattering of quarks and gluons. For more complex situations - such as Higgs production at the LHC with jet vetoes in the context of a particular jet algorithm - the issue of factorization is significantly more involved, and there is currently much theoretical interest in rigorously studying such situations.

My research focuses on using an approach known as "Effective Field Theory" (EFT) to study such multi-scale processes in particle physics. EFT is a general approach in which only the degrees of freedom relevant at a particular length scale are included as degrees of freedom in the theory; degrees of freedom at shorter distance scales are “integrated out” of the theory, and their effects included by a the addition of series of effective operators in the Hamiltonian of the system. This is essentially the generalization of the multipole expansion of electrodynamics - in which the effects of a complicated charge distribution at short distance scales are reproduced at long distances by a small number of parameters - to Quantum Field Theory (QFT), but in an interacting multi-scale QFT the procedure is significantly more involved. For collider physics, the appropriate EFT goes under the name of “Soft-Collinear Effective Theory” (SCET), which was originally proposed by my group in 2001 as a tool to understand bottom (b) quark decays; it has now been extensively developed by many groups into a powerful tool to study hard scattering at the LHC for a variety of processes.

My current research involves both formal developments studying the formulation of SCET as well as more phenomenological applications to collider physics. I also still dabble in b-quark physics, where many of these EFT techniques were first developed.

Here's a brief description of what my group does, from the 2018 Physics Jamboree for incoming graduate students:

Selected Publications (a complete list may be found here):